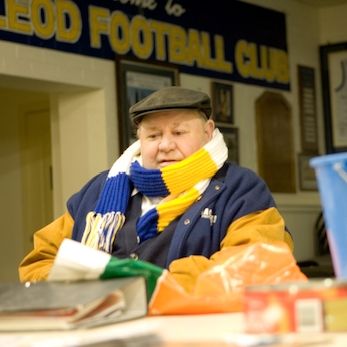 As many of you would be aware, we had not seen much of Peter around the club over the past 12 months and he is now resting in peace with his wife Leah, who died in in 2011.

No amount of words can pay tribute to Peter’s long and dedicated service to our club and the local community.

Back in 2012, Peter celebrated his 60th consecutive season as a Macleod person. After a very short playing career, which was curtailed due to a serious leg injury, Peter decided the best way he could contribute to the club was off the field.

He served in many roles including secretary, treasurer, League delegate, trainer and team manager (he was named Team Manager of the 1990s in our Team of the 1990s).

He enjoyed everyone’s company and behind that stern veneer beat the heart of a man who would do anything for his club.

That included arranging extra funds at a time when the club would have folded without the Pearn family’s support.

In more recent years, he loved nothing more than a glass or two of red wine on a Thursday night mingling with the players, coaches and supporters.

His favourite job on a Saturday was organising the distribution of lollies for the players before the game. Woe betide anyone who pinched a lolly from his jar!

We send our condolences to daughter Sally and stepson Anthony. We will give him a good send off on the field this Saturday and off it when we learn of funeral arrangements.