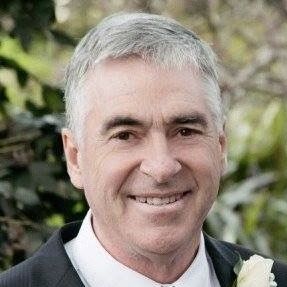 The funeral for Kevin Crompton will be held at Tobin Brothers Chapel, 49-55 Main Street, Diamond Creek on Thursday, March 11, at 10.00am. A private cremation will follow.

Donations in lieu of flowers may be made to the Australian Aphasia Association. Please use the link below to make a donation in memory of Kevin: https://aphasia.org.au/donate/

Kevin served as president of Macleod Junior Football Club between 2001-04 and held many coaching roles during his long stint with the club.

He and wife Karen were heavily involved at the junior club where sons Brad, Matt and Ryan enjoyed successful playing careers. Brad and Matt transitioned to the senior club while Ryan took up umpiring, following in the footsteps of Kevin who umpired in the VAFA for 10 seasons.

Kevin was a stalwart at Thomastown Football Club where he was president for six years, before moving into the Macleod area with his family. He is a life member at Thomastown FC and Macleod JFC.

Kevin was general manager of the Northern Football League between 2007-10 and was a regular at De Winton Park when his NFL commitments allowed.

Kevin’s health deteriorated some years ago and he passed away yesterday in the Olivia Newton-John Cancer & Wellness Centre.

To Karen, Brad, Matt, Ryan and the extended Crompton family, we pass on our sincere condolences. Kevin was a great man and will be sadly missed.

We will pass on funeral details at a later date.