Macleod stars named in NFNL Fans Team of the Decade 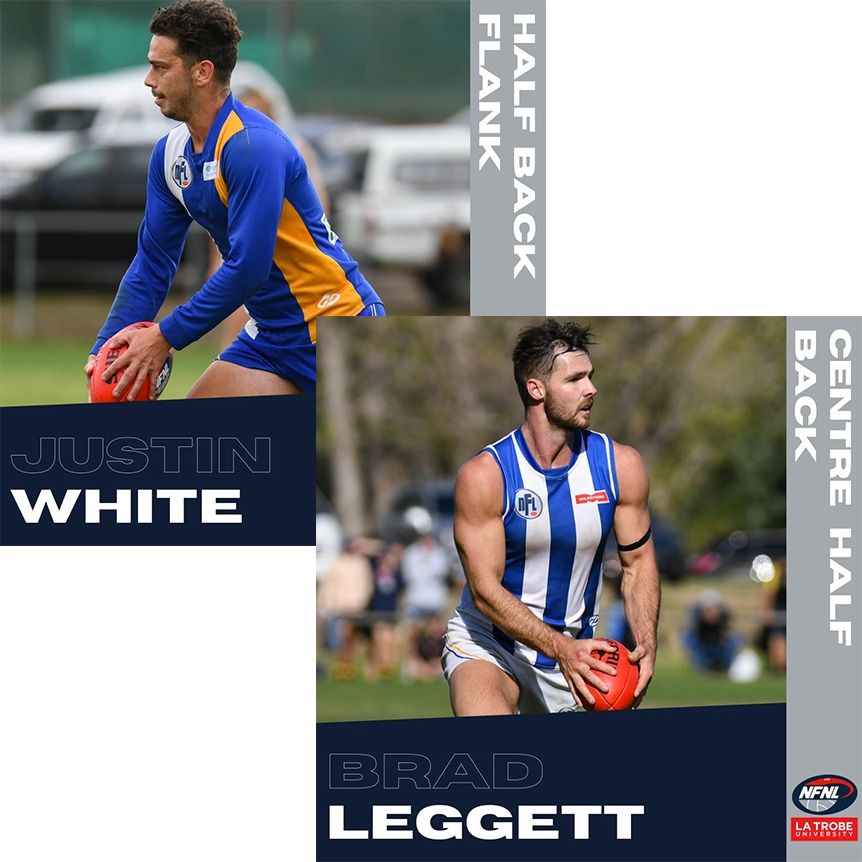 A big shout out to two of our stars players who have been selected in the Northern Football Netball League Fans Team of the Decade.

Justin ‘Scooter’ White was named on the half-back flank while Brad Leggett was selected alongside him at centre half-back.

In both cases, the stats tell the story. 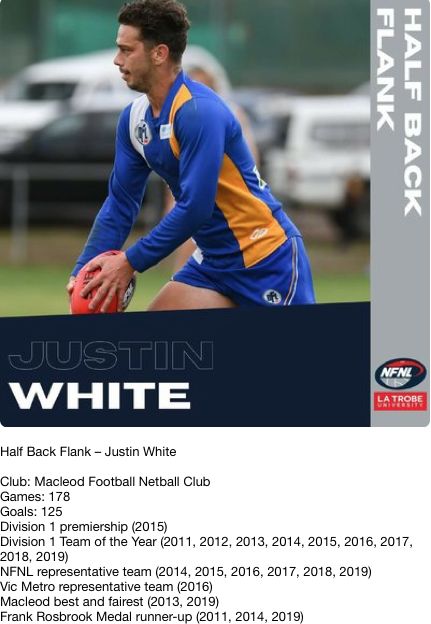 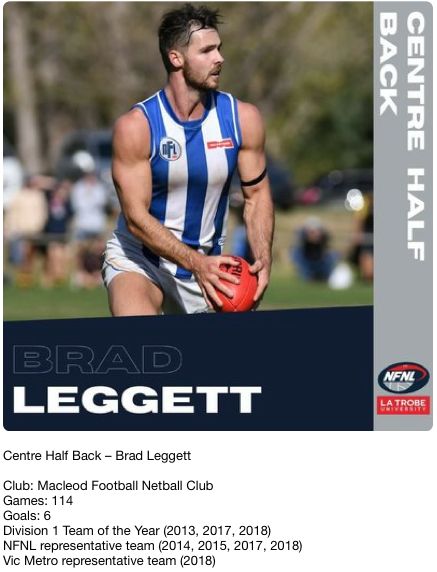