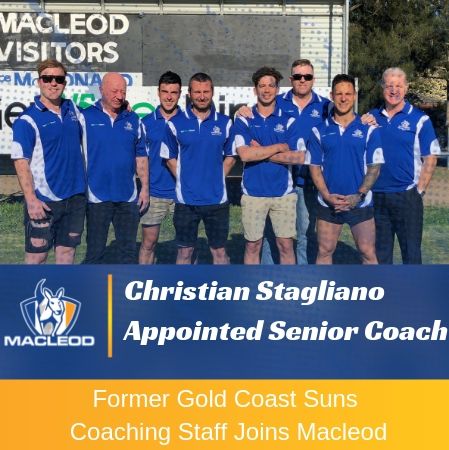 Christian is a well credentialed high performance coach and an outstanding candidate during the interview process for the senior coaching position of our senior team who have featured in the last four division 1 grand finals.

Christian coached at Collingwood’s VFL team before moving onto a coaching innovation role at the Gold Coast Suns.

He’s very excited about the role and after meeting some of our team leaders and senior players is now looking forward to meeting the larger playing group.